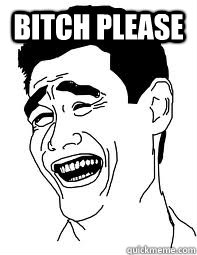 I might get a tad obnoxious in this post. If that ain’t your thing, I warned you now!

Some time ago, I witnessed my personal record of “best practices”. I was attending a presentation where these cursed words were thrown around carelessly. I counted at least 10 of them (DING DING DING)! It seemed like I was the only one being annoyed by the use of these words, the presenters themselves didn’t seem aware of what they were saying. That’s an assumption, but in the same presentation they also said the reasonable words “it depends”, so that’s why I think they weren’t aware. That made me quite confused. I tried to engage in discussion to see if they were aware of these contradictory statements “best practice” versus “it depends”, but I was met with confusion and I was probably perceived as that person (the annoying person that corrects others, in this context).

So, what am I looking for? Ideally, I would like to have a better response, a way to explain people why best practices are nonsensical, utopia. Preferably without coming across as a snob. Is that even possible? On the other hand, I feel that I should put in an effort into learning why people use the term in the first place. The greatest irony would be that it is my best practice to always fight best practices. It is impossible to educate everyone out there, so why not try to see their point of view?

Let’s turn to trusty Wikipedia for a moment.

“A best practice is a method or technique that has been generally accepted as superior to any alternatives because it produces results that are superior to those achieved by other means or because it has become a standard way of doing things.”

Alright, that sound pretty reasonable, although I’m not 100% convinced by the words “generally accepted”; they are very vague and contextual. Is something generally accepted when it is a best practice for a team? Or should the practice be used at an entire company?  The entire world?

But then, I read this:

Sometimes a “best practice” is not applicable or is inappropriate for a particular organization’s needs.

And then I’m like: if a best practice is not always a best practice, then why on earth are you calling it that? Why not call it what it is: a good practice that works in a certain context.

If A != A, then you’re just telling an untruth.

There must be something I’m missing here. I’m probably just too strict, reason too much like a programmer, I have no clue. But it annoys me.

Perhaps I’m too strict when it comes to the word ‘best’. That word to me means that there is no other option that will give you better results anywhere. Let’s turn to the dictionary. As an adjective, the word “best” means “of the most excellent or desirable type or quality”

That seems to be where the problem is for me. What is a desirable type or quality to me? That can be very different from what another person would prefer. The problem with best practices in software development seems quite obvious to me now: people use the phrase because they reason from their own point of view.

Thus, it seems that I just have to relax here and translate in my head that when people say “best practice” they mean it for them, personally. Trying to correct them is indeed kind of snobby and not really helpful either.

Sure, the perfectionist in me would like everyone to use correct vocabulary, but that’s just not feasible (plus, I make mistakes as well). I’ll keep on saying “good practice” like I have done for a while, but I will refrain from arguing with people about the words “best practice”.

Here’s a picture of my parents’ cat if you made it this far.